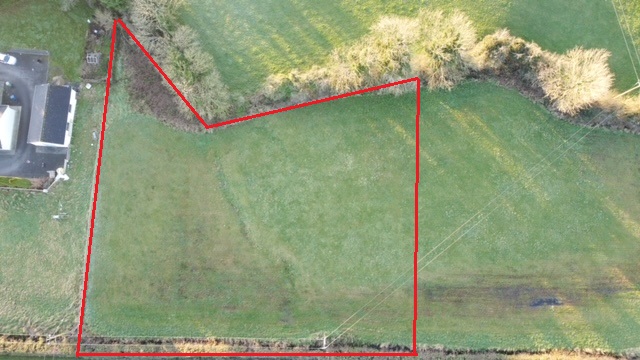 Mark Nestor property services present to the market this fine c. 1 acre site located in the village of Castledaly.

This site is excellently located within the village boundary and is close to both Athlone Town (13km), Moate Town (9km) and also a motorway access point (5km) – Dublin 1 Hour.

The subject site is being sold by the owner subject to planning permission and presents an opportunity to construct a home in a sought after area.

Local History of the Area: The Historic Castledaly Manor lies near the site. This is an elegant country house, of two distinct periods of construction, 18th & 19th centuries, which retains much of its early form and character.

This substantial residence was originally built for Thomas Daly, High Sheriff of Westmeath (The High Sheriff of Westmeath was the British Crown’s judicial representative in County Westmeath, Ireland from its creation under The Counties of Meath and Westmeath Act 1543 until 1922, when the office was abolished in the new Free State and replaced by the office of Westmeath County Sheriff) in the late eighteenth-century and replaced an early house/fortified house on site dating from the 1600s. It was later the seat of J. M. Daly, Esq., in 1837 but was sold to the Encumbered Estate Court in the 1850s. It was later bought by Thomas Scruton Odell, who was responsible for the construction of the wing to the north and the addition of the fine Italianate porch to the entrance front. This house forms the centerpiece of an interesting group of related structures and is a worthy addition to the architectural heritage of south Westmeath.

Please contact us on 090 64 09095 if you wish to arrange a viewing appointment for this property, or require further information.

Disclaimer: Mark Nestor Property Services endeavor to maintain accurate depictions of properties in Virtual Tours, Floor Plans and descriptions, however, these are intended only as a guide and purchasers must satisfy themselves by personal inspection.

Presented to the market is this traditional style cottage, being…

Mark Nestor Property Services are delighted to present to the…

Mark Nestor Property Services Ltd present to the market this…

Compare
You can only compare 4 properties, any new property added will replace the first one from the comparison.
Mark Nestor Property Services